Taiwan is a great place if you like to play indoor and outdoor volleyball. You can usually use any outdoor high school or university court for free, and you’ll usually find regular players. However, beach and grass aren’t common at all. I’ve got lucky to spend enough in Taiwan to play on beach, indoor and outdoor courts in Taiwan. I will share my findings, hopefully this could save you some time!

Funnily enough, most beaches in Taiwan do not have any decent beach volleyball courts. The only decent beach court with good net tension seems to be at Bebin Park in Hualien, but it’s too far from Taipei. One beach court exists in New Taipei City in the Sunshine Sports Park, but the sand and net there aren’t great. Here one time where we’ve played King Of the Court:

We have a group with Park & Sun portable volleyball net that we (try to) use every few weeks. We usually play 2x2, 3x3 and 4x4 at a BB to A level. Feel free to reach me out if you are interested (2x2 and 3x3 is quite intense, we require BB or + level). 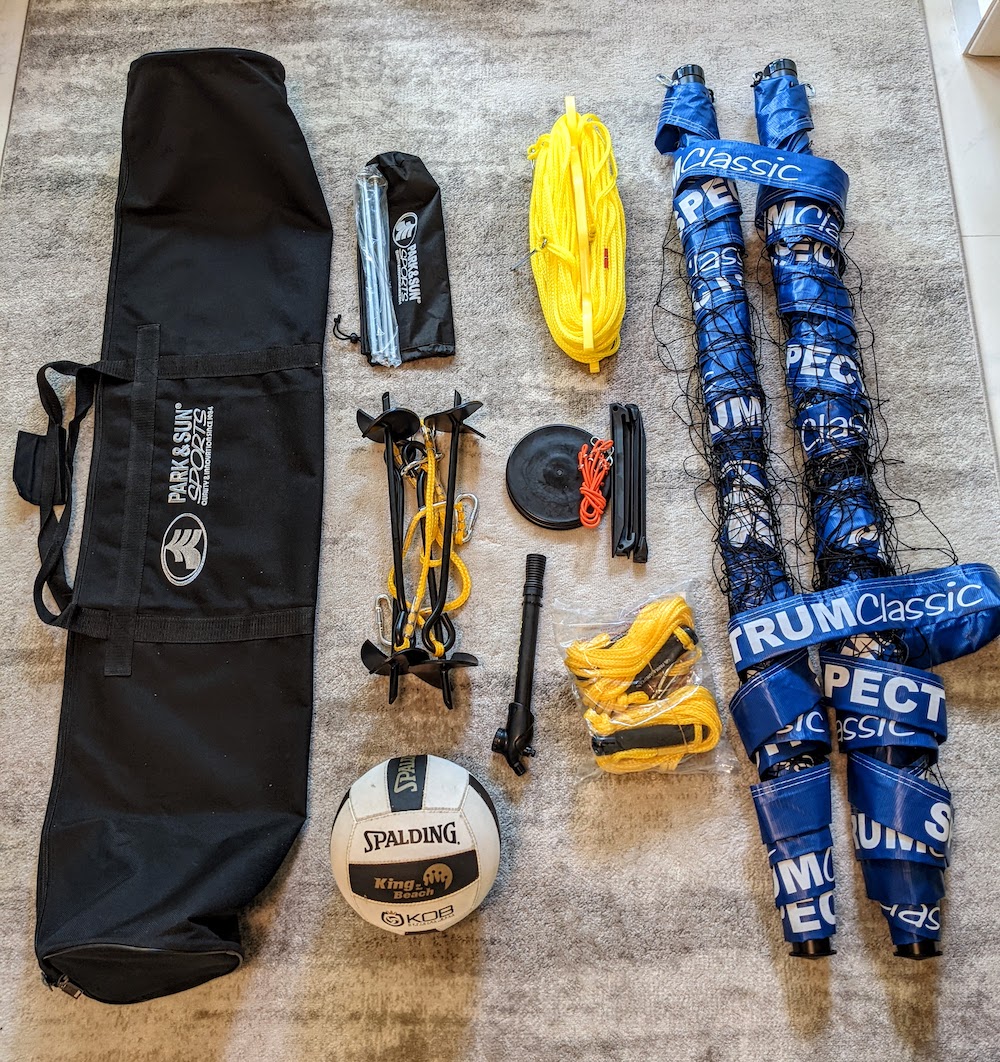 And here when we played in Wanli beach (with an okay net) - costs 300TWD/head 😅:

I’ve tried to ask Taipei City if it was possible to play in Daan Park (that would be awesome isn’t it?), but received a negative response, even though they can play basket ball there 🤔. If anyone would know how to convince the city to let us play in parks, please let me know 🙏 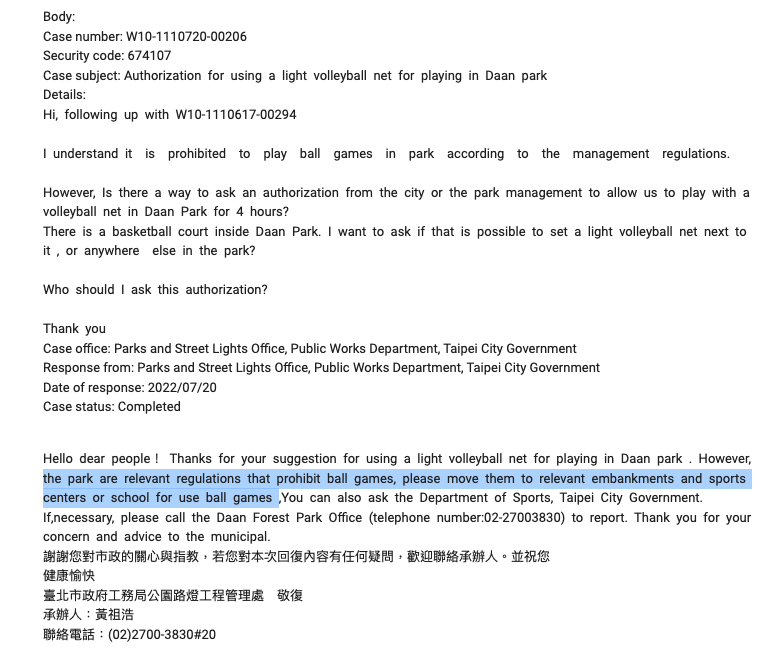 The most surprising thing when I arrived in Taipei was to see all those middle / high shchools and universities having volleyball courts available to the public, and they are usually occupied! They allow outsiders to use their outdoor courts for free. You can join any group playing easily, and you will find any level plating. But you’ll have to speak Chinese to be able to communicate with your them to be more “accepted”. Here what look like the NTU courts (they have 6 outdoor courts!) around 6pm on a Sunday: 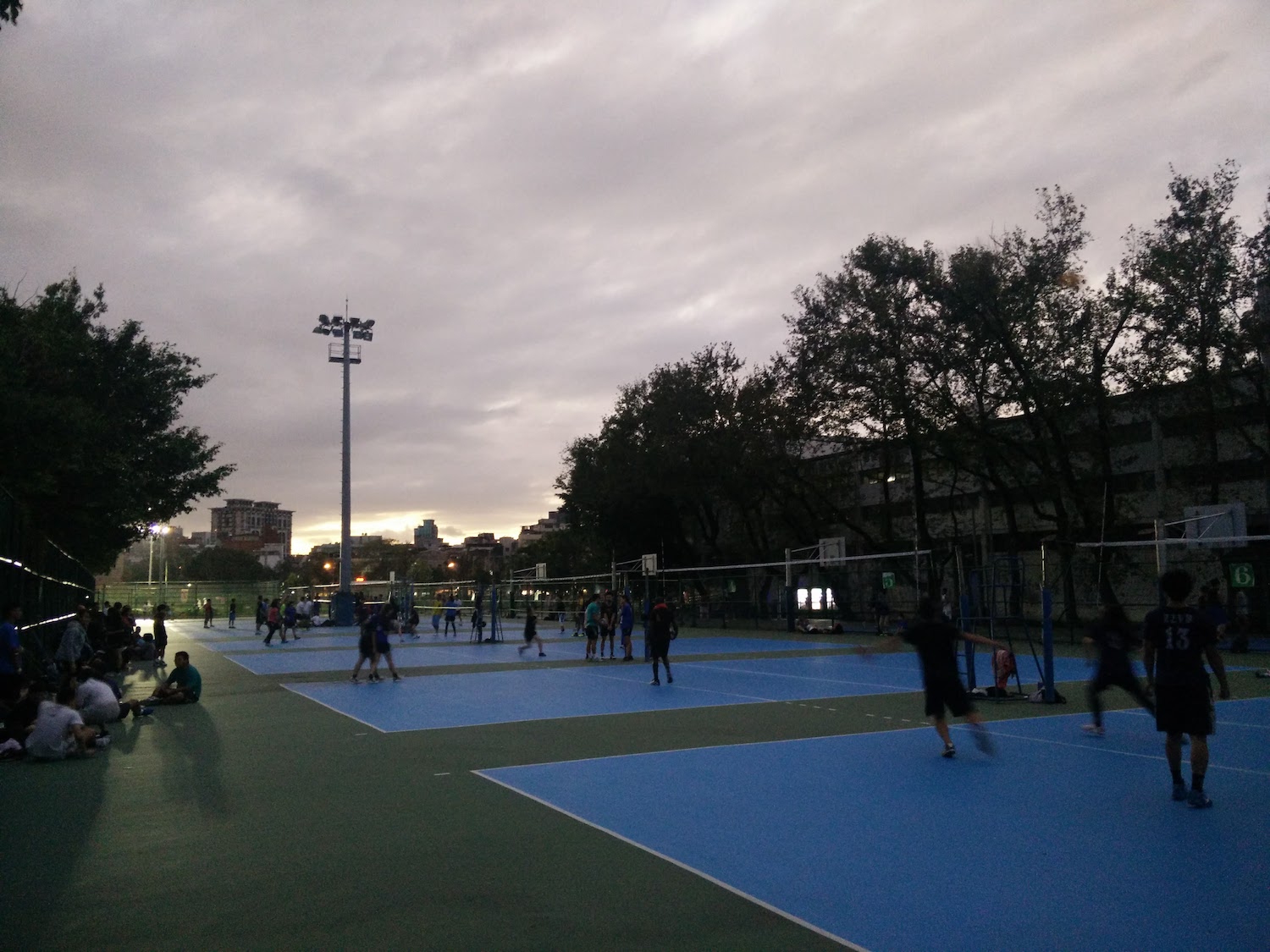 For English speaker, there is a great Meetup group that gathers every weekend. The individual level can be anywhere from B- to A level. I usually go to play there since the vibe is great! It can also become quite competitive: 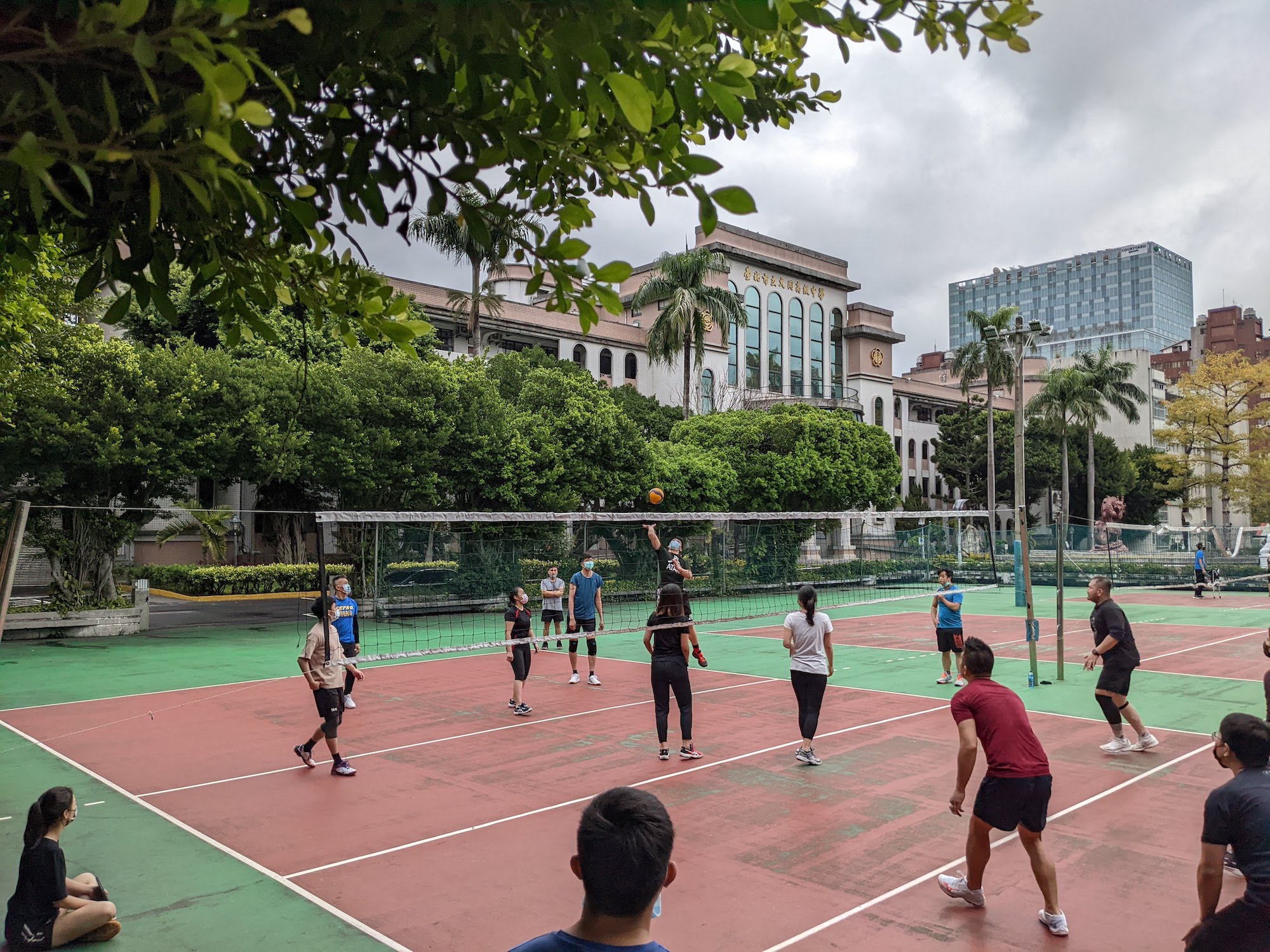 In Taiwan, indoor courts usually aren’t free to use. It is expected to pay a fee and it’s shared among the players (usually NTD150 to NTD300 per player, depending on the location). It’s more competitive and I’d say the minimum required level is BB or +. You will need to know some players already playing indoor to access to them and chinese is usually required.

This was one group I used to play with few years ago:

And if I want to play with Taiwanese or in any other city?

When I travel and want to play, I usually post on this Facebook Group - 排球咖. If your Chinese isn’t great, use Google Translate. I usually get lucky, and players usually welcome you!

I did that recently when travelling to Kenting, and met really friendly and good great student players willing to come almost everyday:

The best way to get a sense of someone’s level is to see them the playing. But how to ask them their level? When somone saying they’re are good is not enough, and you often ends up with surprise when in the court.

It is easier to directly refer to some specific level that describe abilities to do specific moves. In USA or Europe, we have AA to D level. In Taiwan, most players start playing volleyball when they get into college. That’s why their their level is named after which team they’ve played during that time:

(Thanks Chi Chih for helping me finding the equivalent on that!)

🇹🇼 The world next innovations depend on a single country, Taiwan